FullBlast 2 is in the works

FullBlast, for those who don't know, is a vertically scrolling shmup available for PlayStation 4 and Vita, Xbox One and Switch that was released in early autumn 2018.

The developer just posted an early look at the sequel (it's literally just this picture): 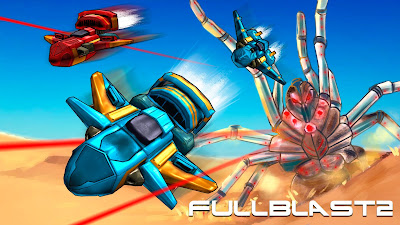 So no word yet on platform but guesstimating I'd say the only likely dropout is PS Vita which has been on-again, off-again retired by Sony.
Upplagd av daniel kl. 08:11