Yeah, you read that right. DoDonPachi Resurrection will hit Steam on October 14th.
Or so they say.
Upplagd av daniel kl. 10:51

In a move sure to enrage gamers everywhere outside Japan, the new Battle Garegga Rev. 2016 being released for PS4 will, as we know, only get a PSN release (not physical) but will be made available in a beautiful physical package with soundtrack and extras but no physical disc, just a download code. 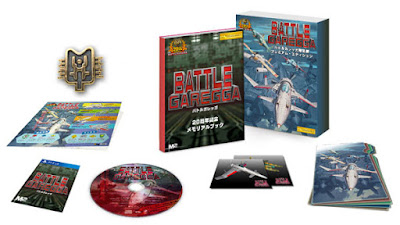 This huge FUCK YOU to players worldwide will be released December 12th.

Good times for PlayStation 4 owners ahead.

The latest issue of japanese stalwart games magazine Famitsu revealed that not only is CAVEs Dangun Feveron coming to PSN but Raizings Battle Garegga is coming along for the ride! 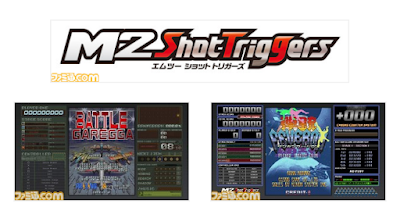 This is potentially good news for gamers everywhere and not only because Dangun Feveron has never gotten a home console release before and the only way to play Battle Garegga right now is to get the pricey japanese Sega Saturn release - the PS4 is very import friendly. Just follow one of the guides to create a japanese PSN account and get cracking!

In other news Degica seem to have backed off their earlier September 8th release date for the Steam port of CAVEs DoDonPachi Dai-Fukkatsu, moving it into more ambiguous TBA land.
Upplagd av daniel kl. 13:11

Degicas port of CAVEs DoDonPachi Resurrection / Dai-Fukkatsu hits Steam on September 8th.
Its another CAVE game already widely available but I guess if we keep buying the ones we already have they will eventually port something that's not so easily available.